Founded in 1996 and with a history of more than 20 years in the making, Mrs Sparkles is one of the earliest and well-established cleaning company in Singapore.

A little on the story of how Mrs Sparkles started. Wynne Chia, the founder of the company, recalled how her mother was her inspiration. Her mother was working as an amah (housekeeper) in the 1960s. She served the Ang Mo (expatriate) families living in the Serangoon Gardens and Seletar Airbase areas then.

Years later, Wynne had to find replacements for the existing families as her mother was in failing health due to old age. It was then that a business idea struck her – to carve out a niche career in the housekeeping industry. She can achieve it by providing well-trained and service-oriented housekeepers.

In the 90s, the housekeeping industry had lots of untapped potentials. The society was starting to see more and more working mothers instead of the traditional family where the man was the sole breadwinner. This created more demand for professional helpers to clean their houses. Wynne thought it would be a great opportunity to tap into the market. With that in mind, Mrs Sparkles was created! And the rest, as they said, is history.

Mrs Sparkes is committed to providing first-class service, with our customers’ satisfaction as our utmost priority. Here at Mrs Sparkles, we are open to customers feedback and is continually striving for improvement. We value highly their trust in us and strive to constantly meet or exceed their needs and expectations.

Mrs Sparkles aspires to be the role model and a highly regarded thought leader in the housekeeping industry. We aim to be the first and best choice for new or returning customers. We remain dedicated to creating a positive impact on the quality of life of the people who come into contact with us.

Mrs Sparkles strives to be a good listener, sensitive to the customers’ needs, and expectations. As the modern world has become more hectic, we hope to be the gentle hands that lighten their burdens. We stand committed to our vision of creating a positive impact in our customers, employees, and our environment. 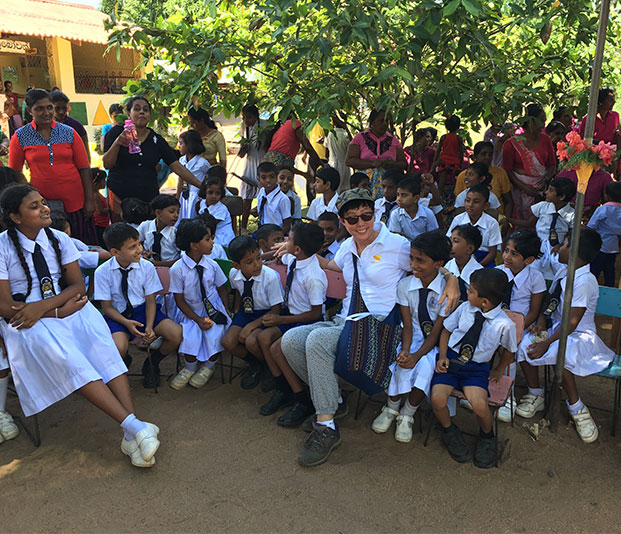 After decades of hard work, Wynne is nearing retirement age. She intends to step down and handover Mrs Sparkles to her equally dedicated daughter, Jia Juan, whom she trusts and know will bring the company to even greater heights.

She continuously strives to make a difference in people’s lives albeit in a different manner. This is the founding principle of Mrs Sparkles, to contribute and make a positive impact on the quality of life of others!